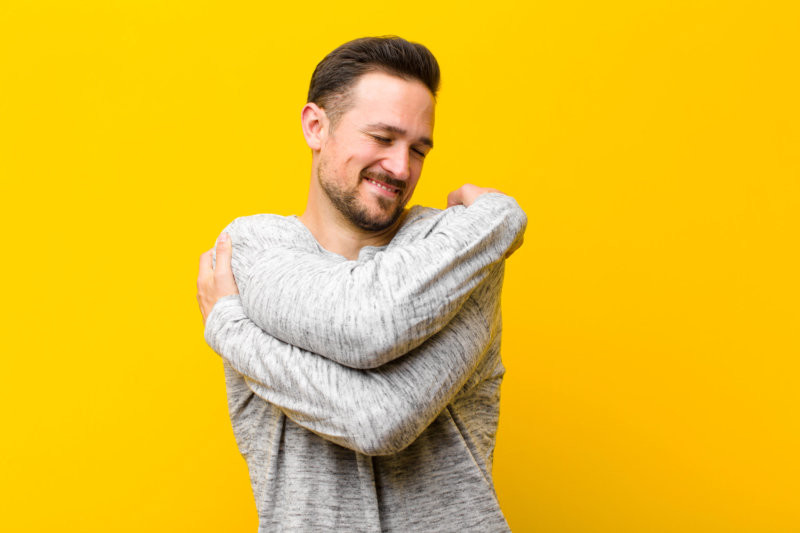 Weighted blankets are becoming increasingly popular by the day and it’s not hard to understand why. They are heavy, cosy and are well-known for their ability to provide comfort as well as quash those terrible feelings of anxiety. This is no doubt something that we could all do with a bit more of during these unprecedented times.

What is a Weighted Blanket?

The clue is in the title. A weighted blanket is just like an ordinary blanket, except with one major difference. They have a material (usually glass or plastic beads) stitched inside to give them some extra weight when you pull it around you. The more beads contained within a weighted blanket, the heavier it will be.

The blanket itself is usually made of a cotton or velvet-like material in order to make it feel extra soft. There are various different types of weighted blankets available, such as ones with removable covers that can be put into the washing machine to clean. They typically come in more neutral colours such as grey, cream and navy blue.

How long have Weighted Blankets been around?

Weighted blankets have actually been around for quite a while. They were created originally for medical use. Due to their anti-anxiety properties, they have been used for many years in psychiatric units. In fact, they are one of the most popular sensory tools used in such situations. They have also been used for decades as part of occupational therapy as a method of comforting individuals who are naturally more restless.

Over the past couple of years, more and more of the world’s reputable brands have been releasing their own version of the weighted blanket. They’re not the cheapest type of blanket around though. Prices tend to start around £50 and can go a lot higher. Because of their price, they could be regarded as a major purchase, which is why we plan to test a few out ourselves to see if they live up to their hype.

How much does a Weighted Blanket Cost?

There aren’t many scientific studies into the effects of weighted blankets. As such there isn’t really much scientific proof that they actually work. However there is a wide range of evidence to suggest that improvements in anxiety levels can be seen after ‘deep touch pressure’. This is exactly the type of pressure that weighted blankets have been created to simulate.

The deep touch pressure effect given by a weighted blanket is similar to that from a deep touch or hug from another person. This provides comfort in the person wrapped in the weighted blanket, and therefore can cause the person to release the feel-good hormones. Serotonin is one of these hormones, and is often referred to as the happy chemical. When such a hormone is released, activity in our nervous system is decreased and we receive a warm feeling of well-being.

How much should a Weighted Blanket weight?

Because of the additional weight involved, there are safety aspects to consider. It’s absolutely critical to keep weighted blankets away from children under the age of 3 years. Also consider if you have a chronic medical condition or any respiratory problems. If so it is strongly advised that you check with your doctor or GP before using a weighted blanket.

1 thought on “An Intro to Weighted Blankets”