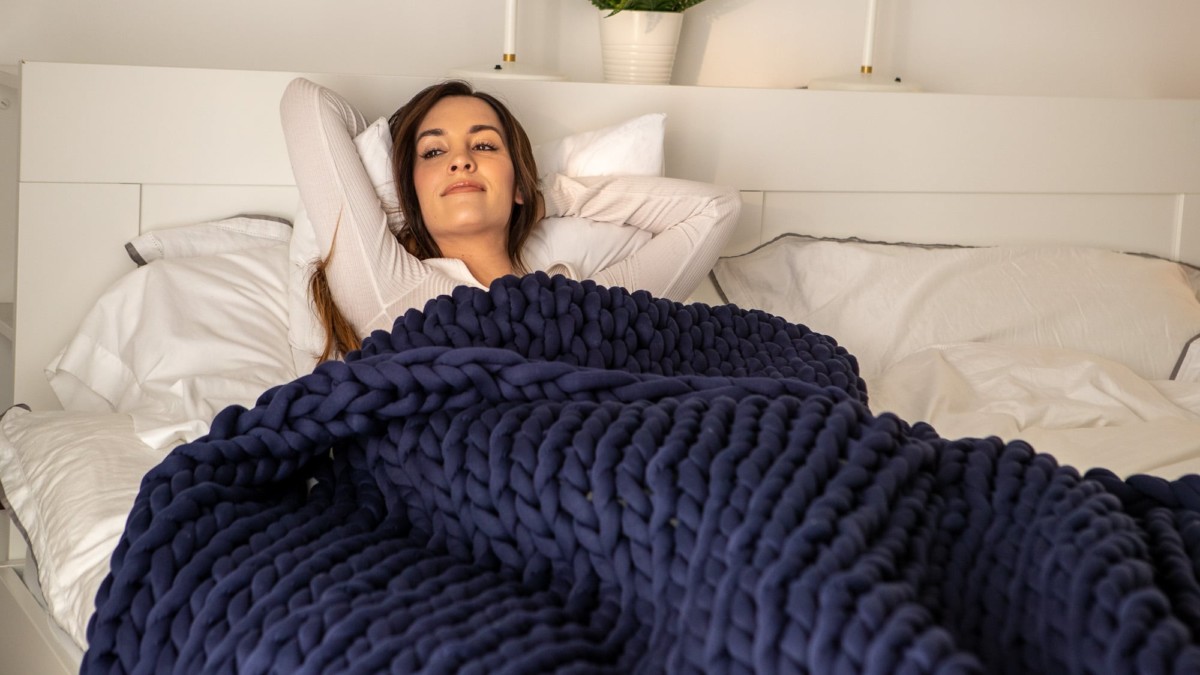 Weighted blankets are becoming increasingly popular. Although the science jury is still out, there are thousands of great reviews out there. If you’ve never heard of a weighted blanket then find out all about them here. Otherwise, we’ll get straight to it and present to you our list of top 5 weighted blankets. 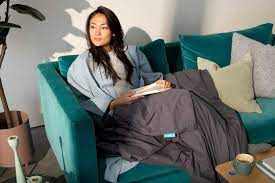 The Orbit weighted blanket is Simba’s contender in the world of weighted blankets. Simba are a well-known bed-in-a-box mattress retailer. In fact, the Simba mattress is one of the most popular mattresses in the UK at the moment.

After trying this blanket for a few nights, we think that this is one of the best weighted blankets on the market right now. It felt a little bit lighter than some of the other weighted blankets that we’ve tried. However, it’s still heavy enough that tossing and turning during the night was greatly reduced, leading to a good night’s sleep. The removable cover doesn’t make the blanket difficult to move, because there are plenty of ties to hold it on. And the fact that you can remove the cover completely for washing is a great bonus. A bonus which many other weighted blankets don’t seem to offer.

In terms of negatives, we couldn’t really think of any. The price is quite high, but the reason for this becomes apparent when you see the quality of the Simba Orbit weighted blanket. So although it cost a bit more than a lot of other weighted blankets, the value for money is still there. It would be nice if it was available in more than the one colour, but that’s only a very minor annoyance. 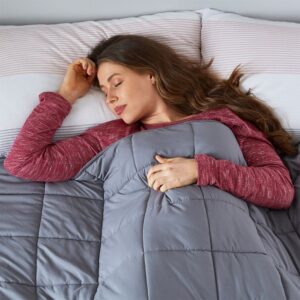 Silentnight are one of the major players when it comes to mattresses, so of course they would have an entry for the weighted blanket market. At £69.99 the Silentnight wellbeing weighted blanket is very reasonably priced – one of the cheapest in fact. However the lower price means no removable cover, and lack of colour options.

I think it may be because the Silentnight weighted blanket is a bit smaller than others, as it’s slightly smaller than a double duvet. This makes it handy for moving around the house, so it’s easier to use it on the sofa as well. The Silentnight weighted blanket scores extra points because it can be washed in the washing machine, despite not having a removable cover.

Like with the Simba Orbit weighted blanket, we couldn’t really think of anything that we didn’t like about the Silentnight weighted blanket. If you like a decent amount of choice you will be disappointed though, as it’s only available in one size and one colour. 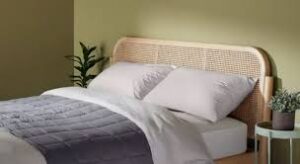 When it comes to quality, John Lewis and Partners are hard to beat. This means that we had high expectations when trying their Specialist Synthetic weighted blanket. It is made from cotton with a 200-thread count and like many other weighted blankets comes in just one colour – grey.

Does the John Lewis and Partners Weighted Blanket have a Washable Cover?

The one main gripe with this weighted blanket is the fact that it cannot be washed properly. A lot of weighted blankets feature removable covers or are made from a material that is machine washable. This isn’t the case for the John Lewis and Partners Specialist Synthetic weighted blanket. You can only ‘spot clean’ it. This may not be an issue for some, but in my household this could be a problem – especially as this is the weighted blanket that we’d be more likely to have on the sofa to snuggle underneath. 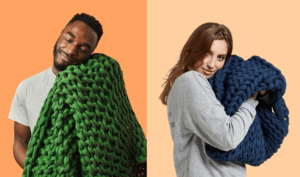 Remy Sleep aren’t that well known, because they used to be known by the name ‘Sumo’. They offer three different weighted blankets to choose from. They offer a classic design – available in two sizes, and a more natural version made with bamboo instead of synthetic materials. When t comes to colour you get a bit more choice than with most weighted blankets because you can choose from either navy blue or grey. Again, this Remy Sleep weighted blanket contains glass beads, and it has a removable cover which is secured to the main blanket with poppers.

The thing that made this blanket so comfortable was the very thing that was also a bit of a drawback. At 8kg, this is very heavy for a blanket, which means that it’s quite difficult to move around and put into place on the bed. The fact that it has a removable cover is also detrimental on a weighted blanket this heavy. During the night, the inside of the blanket slipped away from the cover a couple of times. Unless you get a firm grip when moving it, the cover will move around but the weighted part of the blanket won’t. It was only a small frustration, but at £129 there are other weighted blankets at this pricepoint that simply don’t do this. 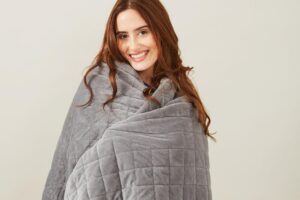 I hadn’t heard of Mela Sleep before, but thought I would give the Mela weighted blanket a try due to the fact that there is a wider variety of options than for other weighted blankets. The Mela Sleep weighted blanket comes in four different weights and three different sizes. So it’s suitable for single, double and kingsize beds. It has a removable cover with a soft and textured surface and comes in the very popular colour choice for weighted blankets: grey. That said, you have the option to buy a cotton cover for it which is available in white or grey. The cover is secured to the rest of the blanket with ties.

The Mela Sleep weighted blanket looks a lot more cosy and comfortable than other weighted blankets. It has outer bobbles which look and feel like velvet, and add a bit of texture to the blanket itself. This makes it a bit easier to style in to your existing bedroom décor (if it already features grey). Despite having a removable cover, everything stayed in place throughout the night each night that I slept with the Mela Sleep weighted blanket. I tried the 7kg blanket from Mela, and this lead to another great night’s sleep.

The only thing I didn’t really like about the Mela weighted blanket was the size. Weighted blankets are designed to be the same size as your mattress as opposed to your duvet. This is because it will prevent the blanket from spilling over the edges of your bed, and then falling to the floor during the night. We used the double size blanket on our king size bed, and it still covered two thirds of the bed.

So if we tried the king size variant it would have been far to big for our bed and would probably have fallen off. Mela Sleep themselves recommend buying two separate single weighted blankets, and that the larger sizes available are mainly for aesthetic purposes. I had to rotate my Mela weighted blanket 90 degrees so it didn’t cover my entire body as the weight did make me feel a bit claustrophobic at times.

Which is the Best Weighted Blanket?

The majority of weighted blankets are effectively the same, with a few slight differences. Of the five that we have tried, I would have to say that the John Lewis and Partners Specialist Synthetic weighted blanket was the best. Although it was not as versatile as many others. Not only does it lack a removable outer cover, but you can’t put it in the washing machine either. Despite this, it really did provide a good night’s sleep. And the size and material meant that it felt just as at home downstairs on the sofa as it did upstairs on the bed. At £110 it is very well priced and is in fact cheaper than the weighted blankets from Simba, Mela and Remy.

Are weighted blankets any good?

Weighted blankets have been used for decades for medical purposes. They are becoming increasingly popular lately, and there are thousands of glowing reviews for them online.

What is the Best Weighted Blanket?

If money isn’t a limiting factor, then we would recommend the John Lewis and Partners Specialist Synthetic weighted blanket. However, if £110 is a little on the step side, the next best option is the Silentnight weighted blanket. This costs just over 60% of this price at £70.

Is it better to get a weighted blanket with a removable cover?

A removable cover is a great addition to any blanket, as it makes it far easier to keep clean. However, sometimes the blanket and cover can separate because the blanket is so much heavier than the cover.